Friday, I dressed all in white and headed out to participate in San Fermín, the festival made (more) famous by Hemingway in his novel, The Sun Also Rises. The city swells to about two million for this one week in July, and my friends and I dove straight into the crowds of people, wearing red kerchiefs and sashes. It was loud and packed with fireworks exploding overhead. Spontaneous parades formed around us in the streets.

How did I, an autistic woman with severe anxiety, end up in the middle of one of the world’s largest parties?

My motto is, “Show up scared,” and I definitely did that by coming to Spain as a study abroad student. Before landing in Spain, I knew almost nothing about the three other students from my university. I had never been to Europe. I was terrified that I would be the oldest person in the group and no one would want to be around me. I arrived already resigned to spending the entire month alone, pepper spray, and a personal alarm in my backpack.

Instead, I found a few people to hang out with, and we got to know one another while stumbling through the early days of jet lag, while making lists of must-visit locations, and while negotiating purchases in little shops around the city.

Still, something is different about me, and San Fermín made that something impossible to ignore. The trouble is, I want to tell you what is different, but I cannot entirely make sense of it myself. If I had attempted Mardi Gras in New Orleans last Spring, it would not have worked. Crowds of people make me want to hide in my room and never come out. Somehow, the crowded streets of Madrid (for Pride) and Pamplona (for San Fermín) didn’t panic me at all. I even felt relaxed while wandering in and out of plazas I’d never seen before and stopping to listen to a heavy metal concert.

This weekend, I learned that I can do scary things without feeling like a tightly wound ball of nerves. It is going to take a lot of introspection to figure out exactly how to recreate the feeling of ease with which I have been navigating the metro, finding my way through strange streets, and diving headfirst into new experiences. It isn’t my norm, but I like this version of Heather.

Spain has introduced me to myself. It turns out, I didn’t know her as well as I thought I did. I really hope I’ll be able to take her back home with me in August.

A marathon in Australia. That’ll be pretty awesome, eh? 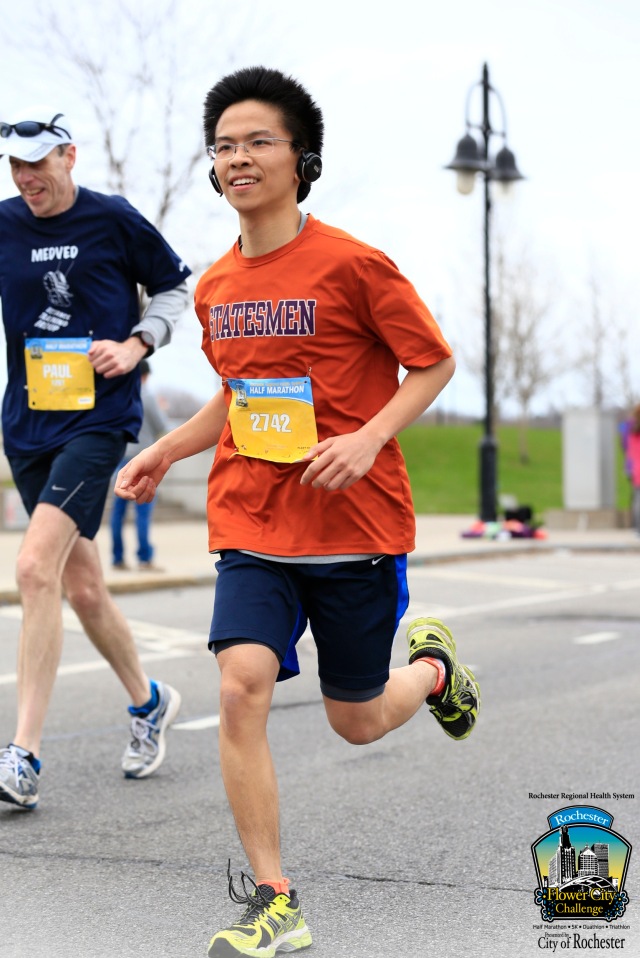 I ran my first half marathon last spring of 2015 in New York and soon enough, I will run my first marathon fall 2015 here in Brisbane, Australia.

I am happy to announce that I will be running the 4th annual Take a Hike Brisbane 42 km/26.2 mile marathon on a bright and early Sunday, 11th of October. This running event is a fundraiser to raise awareness for child autism, a permanent disease that persists from childhood and causes problems in social interaction and intellectual development. 1 in 68 children worldwide have been diagnosed with autism and efforts by the AEIOU Foundation (Austism Early Intervention Outcomes Unit) have supported these children. Donations by runners and sponsors will go toward educational and therapy programs for autistic children and this will decrease the amount of “world suck” as Youtubers John and Hank Green would have it.

My life has not changed a bit in terms of my self-indulgence in running since I left Boston for study abroad. In Boston, I was athletically involved in my summer senior staff job at the Boston Common coaching children tennis skills. This was coming off a fall sophomore season of cross country in Geneva, New York at Hobart College. In my first few weeks since I have been in Australia, I have trained by running up and down huge, colossal hills that dot the small little suburb of Annerley. Compared to Boston, the hills are a big difference, while prevalent bike routes and sunny, ozone-less Australia make a warm subtropical climate that is nice to run in.

My training schedule includes a mountainous peak in the middle like Innerly and long runs on Saturday broken up into two. So far, I have been following it, but not entirely. Hopefully, this schedule will work out in the end!

Some issues I have had related to training for a marathon is my increasing hunger for food. This is the result of my longer and more frequent runs, burning up lots of calories, compared to when I am sedentary during most of the days of the year in college. It has been shown historically in my life that running correlates directly to my increased metabolism. During my time as a cross country athlete, since sophomore year at Brimmer and May High School in Newton, Massachusetts, I used to eat so much during the fall seasons to compensate for the loss of calories. And even more so at Hobart, where I dropped 7 pounds in perhaps 2 weeks.

During the early part of this semester at University of Queensland (UQ), I was able to go out for an early morning jog, but now I have switched routines by running in the late afternoon. After coming back from UQ late afternoon, I would go through all the snacks we had bought on Sundays at Woolworths, which is a big supermarket here in Australia. Running also takes so much time and energy out of me that it is definitely a challenge to incorporate training with school.

My solution is to plan out my meals and consume small fruits or crackers, as well as water to stay hydrated, before and after my late afternoon runs. Things have been made easier by my ability to eat at home rather than at a dining hall.  My incredibly masterful Australian host mom, Anne, makes scrumptious dinners— sausages, pasta, burritos, and curry. Without the need to go out to eat and be able to eat home-cooked food, it is definitely a big positive thumbs up in my opinion. Though there are times I have wanted to just collapse on my bed, I have managed to train for 3 weeks, following my schedule and cross training on days that I cannot run, such as hiking or biking.

I would implore anyone interested in supporting the AEIOU Foundation to visit their website and read more about their fundraising efforts and fun events here in Australia.  Also, please support me online in my fundraising goals of $500 or in person on October 11th, 2015! It has been my goal since I started high school cross country to run a marathon and studying abroad in Australia has enabled me to do exactly that. It is the perfect setting—the scenic Brisbane River located in the West End near South Bank. There is no stopping on my way to 26.2 miles.